I think it has been quite obvious that I have been struggling with blogging during the last couple of months. My mental health definitely played a huge role in that too, I am not denying that. The bipolar depression I was dealing with was overwhelming. But honestly, I think I had lost my mojo the moment the sexblogging community fell apart. I probably didn’t get affected as much as other people did. I didn’t lose any friends or people that I considered important in my life. I was lucky. I didn’t lose my readership either, nor had any huge setbacks. My blog kept growing as I wasn’t on any naughty list. Apart from a few blocks on social media because I didn’t endorse cancel culture, abuse and bullying, no matter who it is coming from, I survived fine through the whole fire of drama. So this is not going to be a “woe is me”- post.

But everything that happened? It changed me. People I had looked up to turned out to be able to hurt others, on both sides. I just observed a lot of ugly things, and only a few in the community tried to be the voice of reason. In the end, the sexblogging community was just like any other community that is not based on support and compassion: it is about power and having the loudest voice. It was not about connecting with like-minded people, it was not about admiring each other’s work and words. It shocked me because I felt like that we are all sort of marginalized group due to our openness when it comes to sex, and kink, and many other things, that we would all work together and figure this out. Why would we rip each other apart? I think the drama in the sexblogging community became part of a bigger flaming war where the loudest voices try to intimidate others to follow their ideology. Instilling fear in others so they don’t dare to speak up against you, or even question your tactics, is an abusive move. I don’t care which corner of the political spectrum you feel you belong to. The internet and social media are a shitshow these days, we all know that.

I just want everyone to be kind to each other, and to talk about things, instead of throwing threats and abusive terms at each other. But that is not how 2020 works. We are all stuck inside, and what better way to let out our frustrations than in our bubble of like minded people. Scream out loud, paint others as the devil. I am being reminded of Simone Beauvoir who described the fear and hatred towards “the other”. Bubbles that bounce off each other and none of them seems to be ready to pop anytime soon.

The sexblogging community wasn’t special. It happened everywhere. It is still about power, about being the loudest. It was never about conversation or compassion. Unless with your peers, or the people that you thought you needed to appease to avoid losing your standing. Actually a quite accurate representation of society, on a little scale, in our own community. I wish I had a sociology degree and could talk to you about herd behaviour and feeling strong in a group. But I don’t, so I leave it at that. My main point is that this is not going to pass. Angry people will continue to be angry and abuse and bully others. Scared people will be silent. Compassionate voices of reasons will be classed as cowards. This is how society works right now, this is how the community works. I am sure many will disagree. But here is the thing: as long as everyone is stuck in their bubble and even cancels those that might help bring things to a place where real conversations can happen, it will continue to be stuck. I am talking about all the bubbles, not one in particular. And it makes me sad because I believe that the majority of people are good. There are no evil intentions. But we are all stuck.

What is community even at this point? It is maybe not what you think it is. I feel that community in our context is about a shared interest. There are always power hierarchies based on abilities and commitment, but in the small community that we all part of, there shouldn’t be any powerplay, any intrigues. What for? To hold on to a status? No. Community is about communication, mutual respect, support and shared interests. It shouldn’t be about being on the top of a certain list or being accepted or pushed up by those who feel they are in power. The moment you put people into categories of value based on other things than actual content and quality of their work, you have drama on your hands. The sexblogging community should have been about communication, mutual respect, support and shared interests. And it seemed that way. But it wasn’t. It doesn’t mean that we can build one that is based on those things though. We are the community, which means we are the ones that can form and shape the community.

Now, if I were to choose, I would have a community of inclusivity, kindness, acceptance and compassion. The important part is: I want a community. Don’t you? But I don’t even know where we would start, because it is such a loose group of people. I think a good point of beginning could be mutual respect. It is not much to ask to not abuse and bully others. I don’t care who you are, if your behaviour is abusive, I call you out for it. To have a functioning net of relationships, everyone needs to be kind and on a level of professionalism that will allow for communication. There are a million ways to deal with conflict, but unless you actually are open to resolve things, you will always see things blow up.

How would I do it? Create spaces that are safe, inclusive and that have rules. Memes used to be that, and there are still a few memes and websites that are run that way, places that belong to the community. We can create more of those spaces, while agreeing on a certain set of rules that all spaces need to follow. Like, the only reason for you to not be able to participate is if your blog or your post has anything hateful to say. And I don’t mean that dancing on the edge is okay either. An ironic piece on a certain group of people is hateful just as much as posts calling people out to be things they are not. No drama. I wouldn’t care which blogposts you clicked a like button on. which blogs you follow or if you wrote a comment ten years ago that could be misunderstood. I would only care about the content you present in the now, and what your blog represents right in that moment. Because people can change, and learn, and adapt.

Memes and prompts can be spaces of community. I have been seeing a lack of those that are run by more neutral members of the community, and that are about specific things. We have quite a few more open topic ones, and some that are in competition with each other. I feel the need for spaces that refocus us. I have been thinking about starting a meme about sex and sexual experiences, with weekly prompts that don’t need to be followed. I also am strongly inclined to start a mental health meme that is running regularly. So if anyone is interested in helping me out with either of those, contact me! I also think we need a strong meme for erotic fiction again.

I get most views from search engines and social media. And you will eventually too, if you follow simple SEO tips and continue to write. The only reason why those lists and memes are important, is the sense of community. Sexbloggers are not your main audience. Anonymous readers are. We need the sense of community so people feel motivated and safe to write about sex, so they get heard, read and maybe educate their readership. And while it seems hard to get there, it is really about a small group of people putting in a little effort into things, and overcoming the fear of not being in the hip group of the moment.

I wrote this out because I realized that I need the sense of community, but that I don’t want to be part of a community that is about drama, hate and bullying. I want to be part of something positive, not something that makes me feel bad. I want those of us who are feel ready to do so, to move forward. And until that happens, until we are ready to build on something positive, with mutual understanding, respect, compassion, kindness, similar interests and inclusivity, I am just going to keep writing and creating. I don’t want to have my mojo and motivation be reliant on the whims of others. Because those hundreds of views I get every day are from people who were looking for the things I love talking about. I don’t need to appease anyone. I just need to continue to be kind and speak up when I see abuse. And I shall do that. And I hope you try to do that too. Kindness shall prevail. 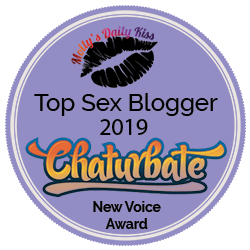 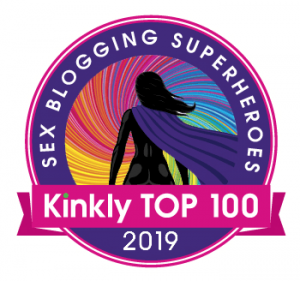 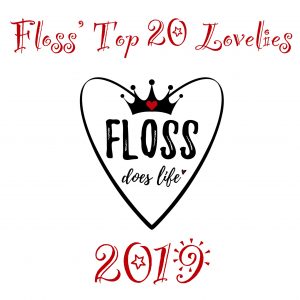 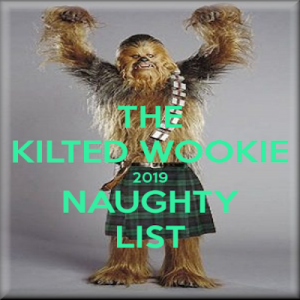 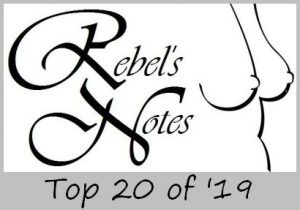